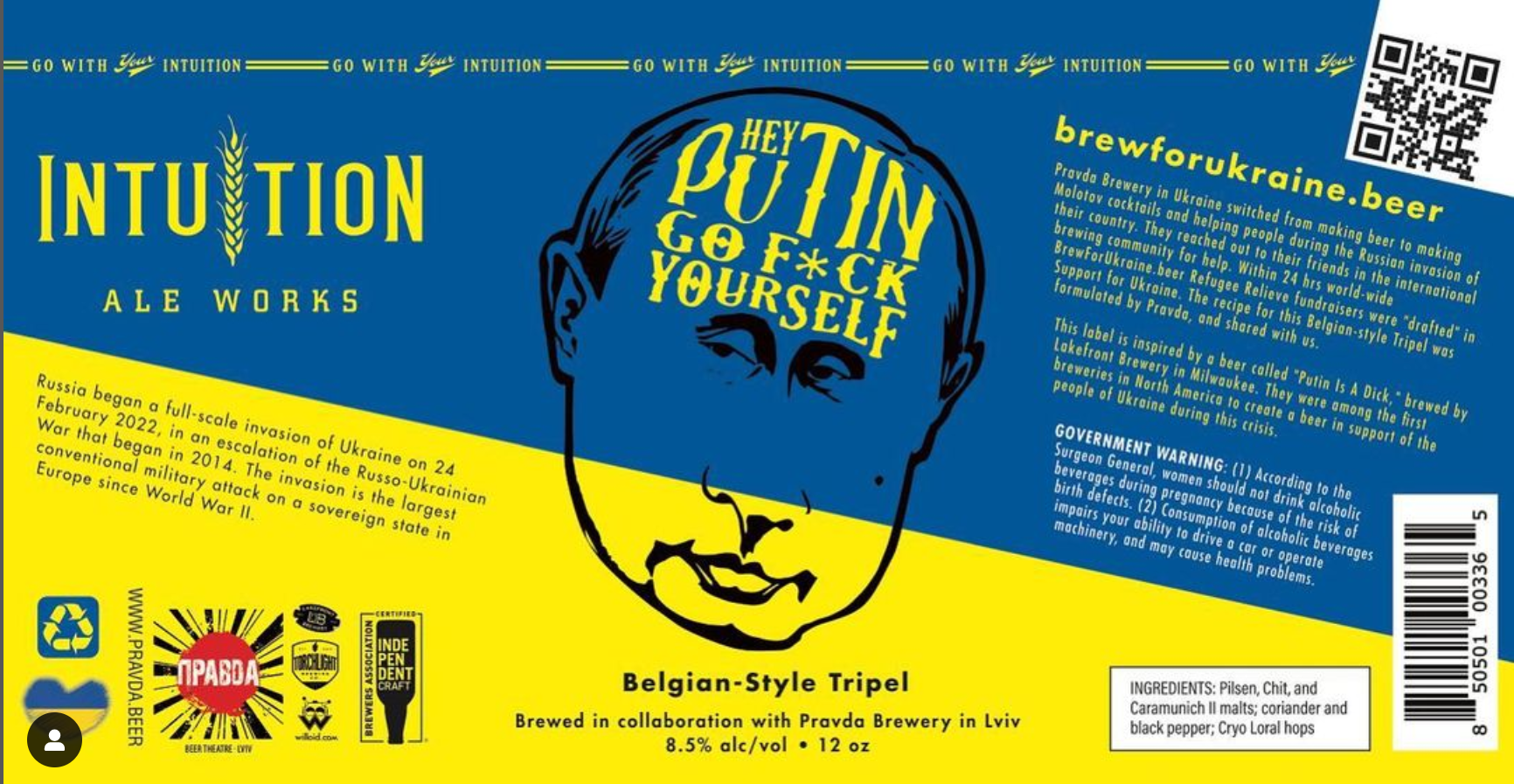 Labeltronix is joining forces with Brew For Ukraine to help the Ukrainian people. We’ll be doing what we do best: printing exquisite labels. Only this time we will be printing labels with a clear message.

This month, Intuition Ale Works is releasing “Hey Putin, Go F*ck Yourself!” a Belgian-style Tripel, to raise money for humanitarian relief efforts in Ukraine as part of the international Brew For Ukraine project launched in Lviv by the Pravda Brewery.

You may have heard about Pravda soon after the war broke out when they started making Molotov cocktails instead of beer. “We’ll bottle beer later,” their owner, Yuri Zastavny, said in a now-famous Instagram caption.

The international brewing community came together following Zastavny’s call and the worldwide project Brew For Ukraine was born 24 hours later. Intuition Ale decided to show their solidarity by brewing their own take on “Syla,” Pravda’s Belgian-style Tripel.

Labeltronix decided to show their solidarity by printing and customizing these labels for free.

The proceeds from the beer will be donated to nonprofits and will provide immediate aid and recovery, food, water, hygiene kits, psychosocial support, and cash assistance to those affected by this conflict—prioritizing the most vulnerable during the humanitarian crisis.

It’s our way to support free speech, as well as those who need our support the most these days. We hope that our small contribution will make a tangible difference for those who need it the most and boost the morale of the heroic Ukrainian people.

Hear Ben from Intuition Ale Works share about the initiative on HLN.

As a company that’s been working with microbreweries for years, we’re incredibly proud to see this community so united and so eager to help.

Questions? Our label experts are ready to help point you in the right direction!

We’re ready to send you samples of our wide variety of labels we’ve printed.

Get a detailed printing quote from our sales team on your project today!

Want to be in the know? Want to see what we’ve been up to? Stay in touch and be social with us!